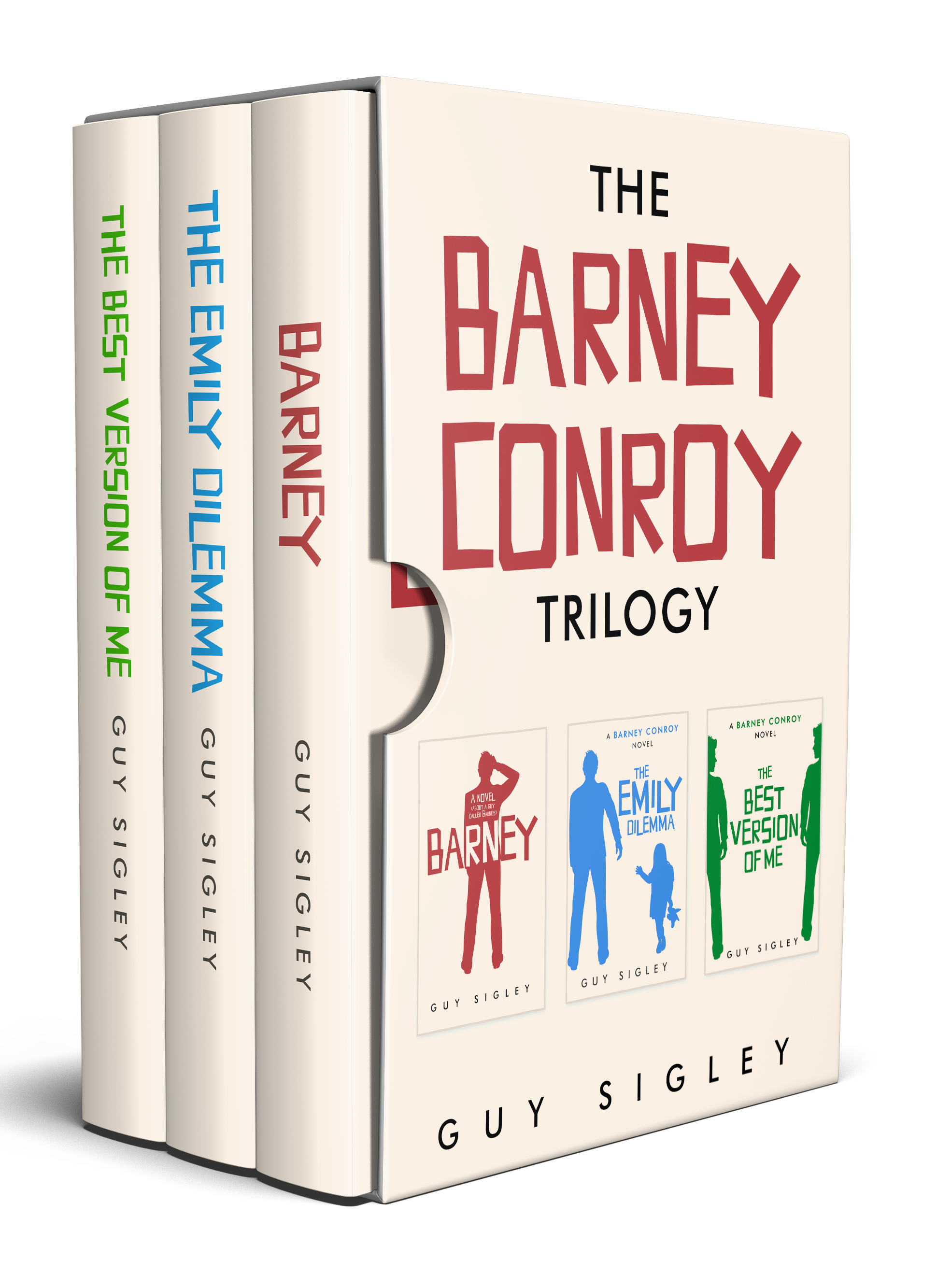 Barney: A novel
(About a guy called Barney)

He lost his job and found his love. But will he lose her as well?

Meet Barney. On the surface, he’s an average guy with questionable social skills and a serious case of germophobia. He likes routine. He likes to keep his head down. He likes the fruit muesli and the plain muesli to be stored in separate containers.

But is there more to the man who managed to do the impossible–get himself fired from the public service–than just hand sanitizer and inappropriate small talk?

What if his new private sector colleague–the fierce, devastatingly intelligent, and instantly mesmerizing Gloria Bell–could inspire Barney to re-ignite a stand-up comedy career that hasn’t produced a laugh in more than a decade; take dangerous risks with his personal hygiene; and put his career on the line with an idea so audacious, it might just score him a full-time job?

The result of Barney’s attempts to win Gloria’s heart and his new workmates’ respect is a hilarious story about love, work, and the redemptive power of hitting rock-bottom.

He’s got no idea how to look after a four-year-old girl. But he’s all she’s got!

Barney’s finally getting his life together. He no longer lives with his mum, hasn’t been fired from a job in months, and is about to propose to his girlfriend.

So when he’s asked to look after four-year-old Emily, Barney’s perfect world is thrown into chaos. Her obstinate demands, inflexible schedule and appalling personal hygiene completely derail his much-loved routines. Plus, with Emily around, Barney’s engagement plans hang in the balance. His only choice is to offload the kid as soon as possible.

But the more distance Barney tries to put between them, the more the spirited little Emily works her way into his heart . . . until he uncovers a shocking secret that could change both of their lives forever.

The Emily Dilemma is the second book in the Barney Conroy series. If you like About a Boy, One Day, or The Rosie Project, you’ll love this hilarious and heartfelt story about a man taking on his biggest challenge yet, and a little girl in search of a dad.

The Best Version of Me

Barney thinks his life is under control. His life has other ideas.

Barney Conroy is on a roll. He’s a business owner, a father, and a fiancé, and he only has to see his therapist once a week. The transition from Old Barney to New Barney is almost complete. All he needs to do now is win a wild card entry to the Melbourne International Comedy Festival, and then make it to his wedding day unscathed.

But when Barney’s festival entry goes viral, his estranged father of nearly thirty years resurfaces. He also has to deal with a ruthless online troll, the shock return from Latin America of his emotionally volatile flatmate, a potential new stepdad for his daughter, and a therapist out of cell range. This is not how you remain unscathed!

As the biggest day of his life fast approaches, Barney knows he must conquer the challenges that threaten to return him to the man he used to be . . . but old habits can be hard to break. And old memories hard to forget.